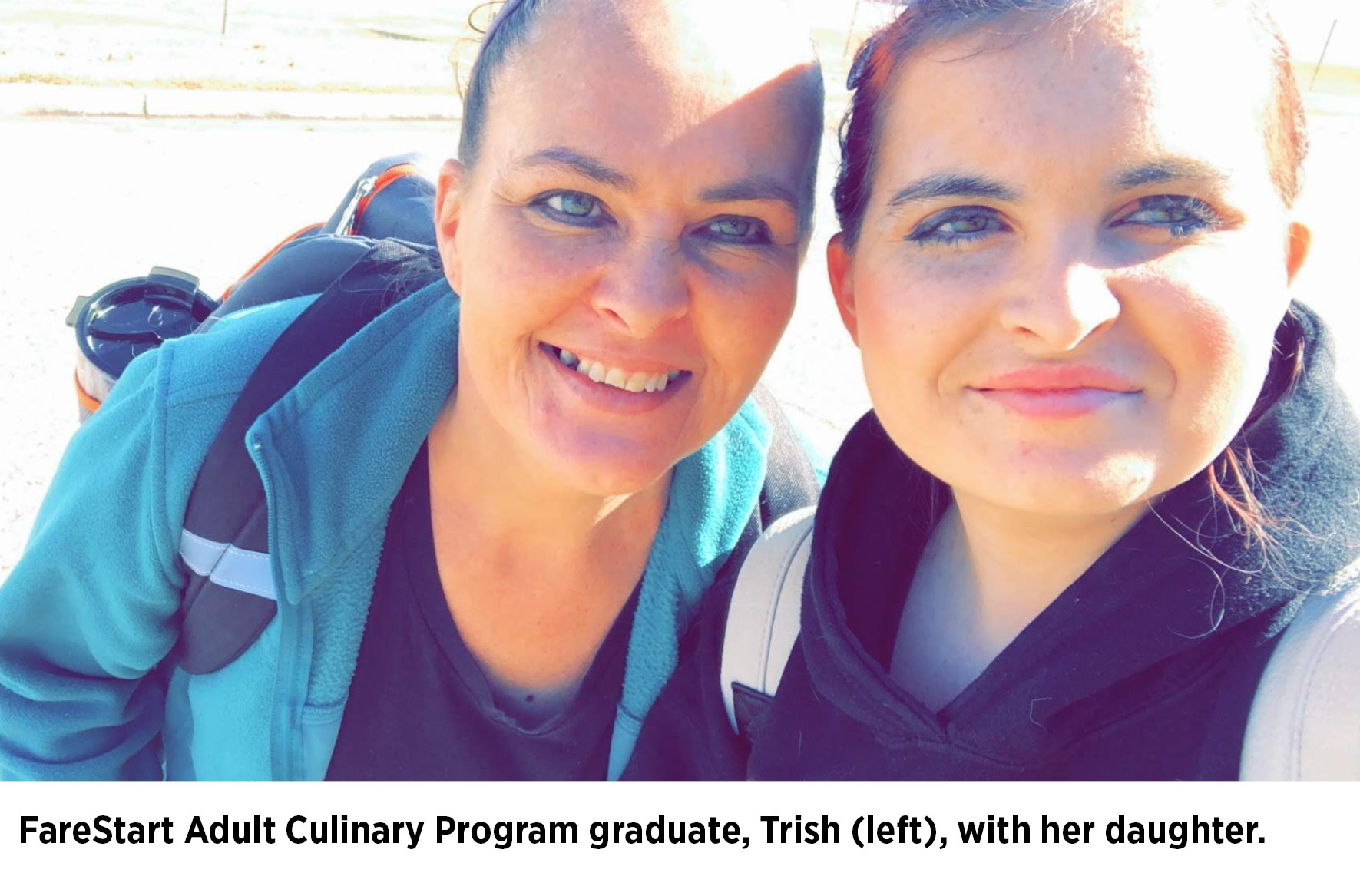 Trish is FareStart’s first graduate of both the on-site adult training program and the virtual training program, the latter of which began as a response to the pandemic.

Trish began the Adult Culinary Program hoping to gain many of the tools the program had to offer. She had recently moved from Oklahoma, where she had experienced homelessness. A mother of two adult children, she was motivated to continue to move forward despite her obstacles.

During the on-site program, she quickly immersed herself in every aspect, learning that what she was gaining went far above culinary skills. She learned how to communicate in and out of a work environment, establish personal boundaries and how to advocate for herself.

With only weeks left in the program, the pandemic forced FareStart to put all training programs on hold. Trish did not let this get in her way. She kept in touch with her FareStart case manager, and quickly gained employment. Recognizing her success, FareStart graduated her from the program. She soon learned that she needed to return to Oklahoma, as her father was diagnosed with COVID-19 and later passed away. When she returned to Seattle, she reached out to her case manager who told her about the virtual training program that focused on transferable skills.

At the end of the virtual program, she interviewed with her current employer and was hired in their kitchen on a management track. One thing she learned in the self-empowerment classes is to own her name. When she was given her name tag that said “Trisha”, she remembered what Ms. Joan, the instructor, had said: “Own your name.” She spoke up and now proudly wears a chef’s coat with “Trish” on it. She also received a substantial raise after only weeks on the job.

Since arriving at FareStart, Trish has gained her own housing and continues to thrive in her job. Her daughter is now also on the management track for the front of house with her employer, so Trish and her daughter soon will be operating the restaurant as a team.

When asked if she has any advice for future students of FareStart, she said, “Stay motivated and you will continue to move forward. If you choose to stay stagnant, that’s your choice. I made other choices and it continues to point me in the right direction.”