Graduates gain stability while providing emergency meals to the community 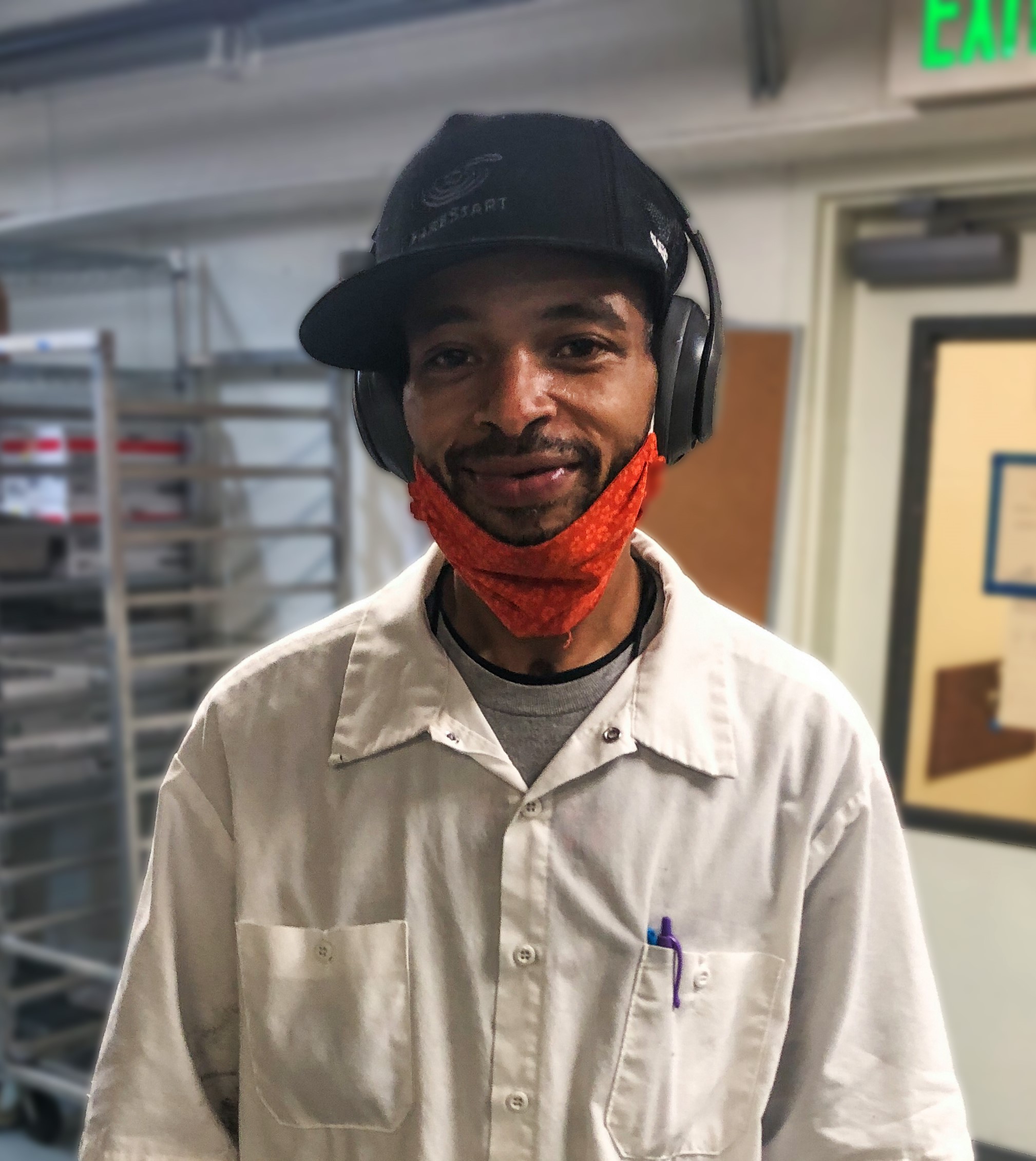 This spring, we hired nearly two dozen FareStart graduates to help us meet the growing need for emergency meals in our community. They have been primarily graduates of our Adult Culinary Program, a few graduates of our Foodservice Apprenticeship Program, and in one case, a young woman who is a graduate of our Youth and Young Adult Barista Program. To date, they’ve helped us prepare more than 500,000 meals for homeless shelters, child care centers, coronavirus quarantine facilities and other sites serving vulnerable populations. Here are three of their stories.

LaBrone Gaines was struggling to pay his bills after getting laid off by a local catering company shortly before COVID-19 hit. “My financial situation was terrible,” he recalls. “I didn’t have enough to make rent.”

As soon as FareStart learned about LaBrone’s situation, his case manager reached out to him about job openings. Through a partnership with the Stand Together Foundation, we also got him $500 in cash assistance, which helped him cover the rent he owed. Then in late March, he became one of the first FareStart graduates to join our ramp-up of emergency meals.

“I was more than elated,” says LaBrone, a 2019 graduate of our Adult Culinary Program. “I always wanted to come back. FareStart was a champion for me.”

Before FareStart, LaBrone had spent years in and out of jail, struggling with the emotional aftermath of abuse he’d endured as a child. At FareStart, he got the counseling he needed to process his post-traumatic stress, learn to trust people and advocate for himself positively.

He’s proud of the growth he’s experienced with support from FareStart, especially when it comes to the relationships he’s repairing with his four children.

“They have the opportunity to see the dad I should’ve been for them,” he says. “They see the changes I’ve made … the positivity … a totally different LaBrone than they knew before.” 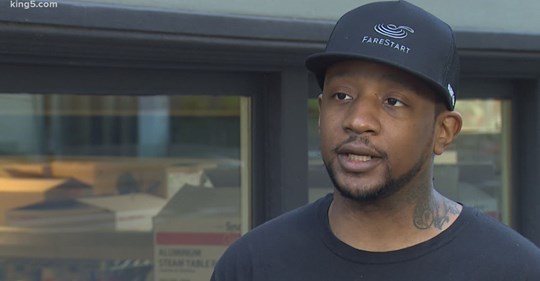 Colin Scott spent most of last summer working “crazy” hours at the Pacific Room, a new seafood restaurant on Alki Beach, where he was quickly promoted to lead line cook soon after graduating from FareStart’s Adult Culinary Program. He was thrilled to be working with a chef who had three decades of experience. Things were really going his way, until the pandemic forced the Pacific Room to scale-back from five cooks to one.

When he got laid off, Scott’s landlord assured him she’d be patient about rent. She also encouraged him to check in with FareStart. She’d heard about a new effort to feed people in need and figured there might be job openings. There were – Scott  joined our emergency meals staff as a dishwasher in early April and jumps in to assist with meal prep whenever extra hands are needed.

Some days, the stress of wearing protective masks and gloves all day and being diligent about social distancing is a lot to carry.

“But at the end of the day, you know what you’re doing is providing a real service to the community. It makes it all worth it,” says Scott, who was featured in a KING-5 story about our emergency meals.

Scott is grateful for the job, one more opportunity FareStart has given him to keep his life moving in a positive direction. After surviving three bouts of homelessness, the counseling he received during his training at FareStart helped him healed from traumas in his past.

“I definitely want to use this experience as a platform to catapult myself forward,” says Scott, who dreams of owning his own restaurant someday. “Right now, I’m washing dishes.… it’s wet. It gets hot. It can be kind of overwhelming sometimes. But I’m in there, working those dishes, just as if I was on the line.” 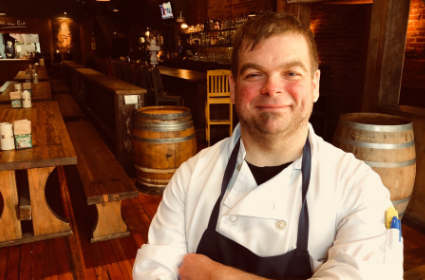 Darrell John was about to work one of his last shifts at Altstadt Bierhall & Brathaus, when the restaurant shut down because of COVID-19. After working his way up from line cook to sous-chef, he had already decided it was time to move on.

Darrell, a graduate of FareStart’s Adult Culinary and Foodservice Apprenticeship Programs, started looking for a new job several weeks earlier and had some promising leads, but no concrete offers by the time Altstadt closed. He spent the next few weeks jobless for the first time in years. Fortunately, he had saved enough money, he knew he could cover rent and other expenses for a while. “I knew I wasn’t going to crash and burn,” he said.

When he learned about our emergency meals ramp-up, Darrell called, offered to help, and was hired in late March. By the time he showed up for his first shift, he’d started working a second job at Wingdome. For the next several weeks, he worked 14-hour days, feeling blessed to be juggling two jobs and to be back at FareStart.

“It’s a joyful feeling to be part of something where I can help people at a disadvantage, because I’ve been there myself,” says Darrell.

Darrell prepped thousands of emergency meals in April and May, before leaving for a full-time job at Bongo’s, where he’s excited to begin the next chapter in his culinary career.

We’re grateful for LaBrone, Scott, Darrell, and other graduates’ work at FareStart. They inspire us every day — as do members of our national Catalyst Kitchens network such as Second Harvest Food Bank in North Carolina that are hiring back graduates to support expanded community meals efforts like ours here at FareStart.

Learn more about our local and national COVID-19 response.