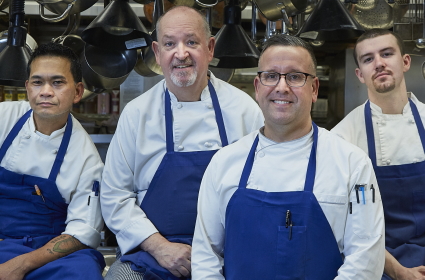 The Rainier Club is a downtown social club in the heart of Seattle that has roots going back to before Washington was even a state.

The club houses a restaurant, two different bars, outdoor dining and 11 banquet rooms. The kitchen that produces all of the food is also the workplace of several FareStart Adult Culinary Program graduates.

Chef Jim Campbell is the executive chef of the Rainier Club. He manages a team of 20 cooks and is responsible for creating all the menus and the food program. He first got involved with FareStart when he volunteered to help a fellow chef at one of our Guest Chef Nights.

“Chef Sainz was the guest chef and she didn’t have a home kitchen as she was working with the Mexican Consulate,” he said. “She asked if she could use our facilities and I volunteered to help her out. I was put as the lead entree point person that night. I worked with four individuals and that was the night that I met Nick.”

Nick was an Adult Culinary student at FareStart. 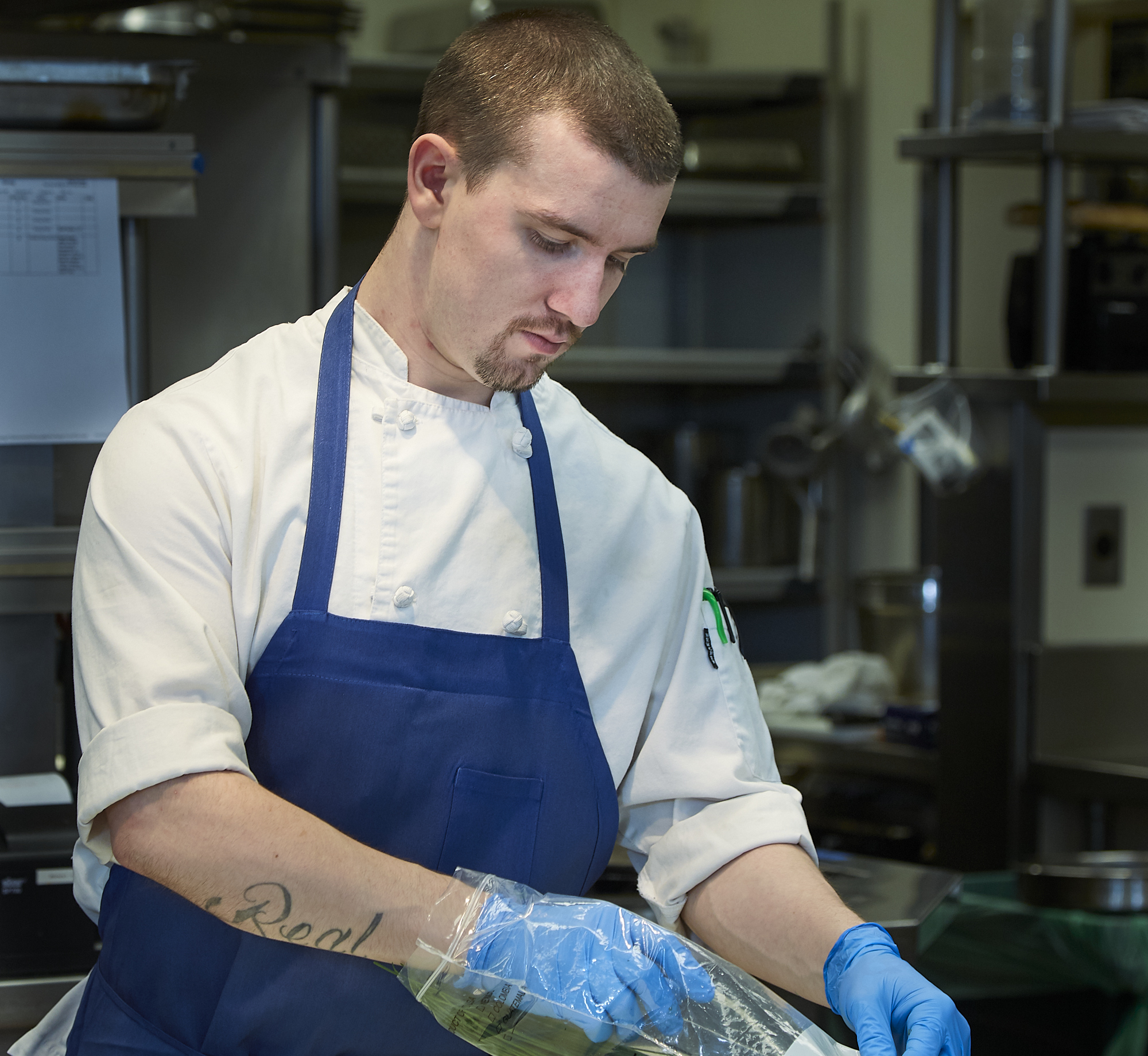 “We had conversations and I gave him my card,” Chef Campbell said. “Upon graduation he reached out to me, applied for the job and we brought him on as a team member.”

Nick has been at the club for close to a year now.

“I work dinner, soups, salads and sandwiches,” Nick said. He was busy chopping up some herbs for the lunch service. “I love the atmosphere here. Everyone gets along and is open to helping each other.”

He pushed the chopped herbs aside and started on a new bunch of cilantro.

“I learned a lot at FareStart,” he said. “I learned that there are people who care and will help you with a positiveness that is unreal. And coming from where I did, that is really important. I came from a place where everyone only cares about themselves, but FareStart showed me a different way. And this place is just the same.”

Bradley, another FareStart Adult Culinary Program graduate, was making a salad in a large metal bowl.

“I’m a banquet chef here,” he said. “We do all the preparation and cooking for the banquets that go on. There are always one to four or so every day here. We do the veggies, salmon or roast beef. We make all the sauces in house. We even make our own vinegar in house.” 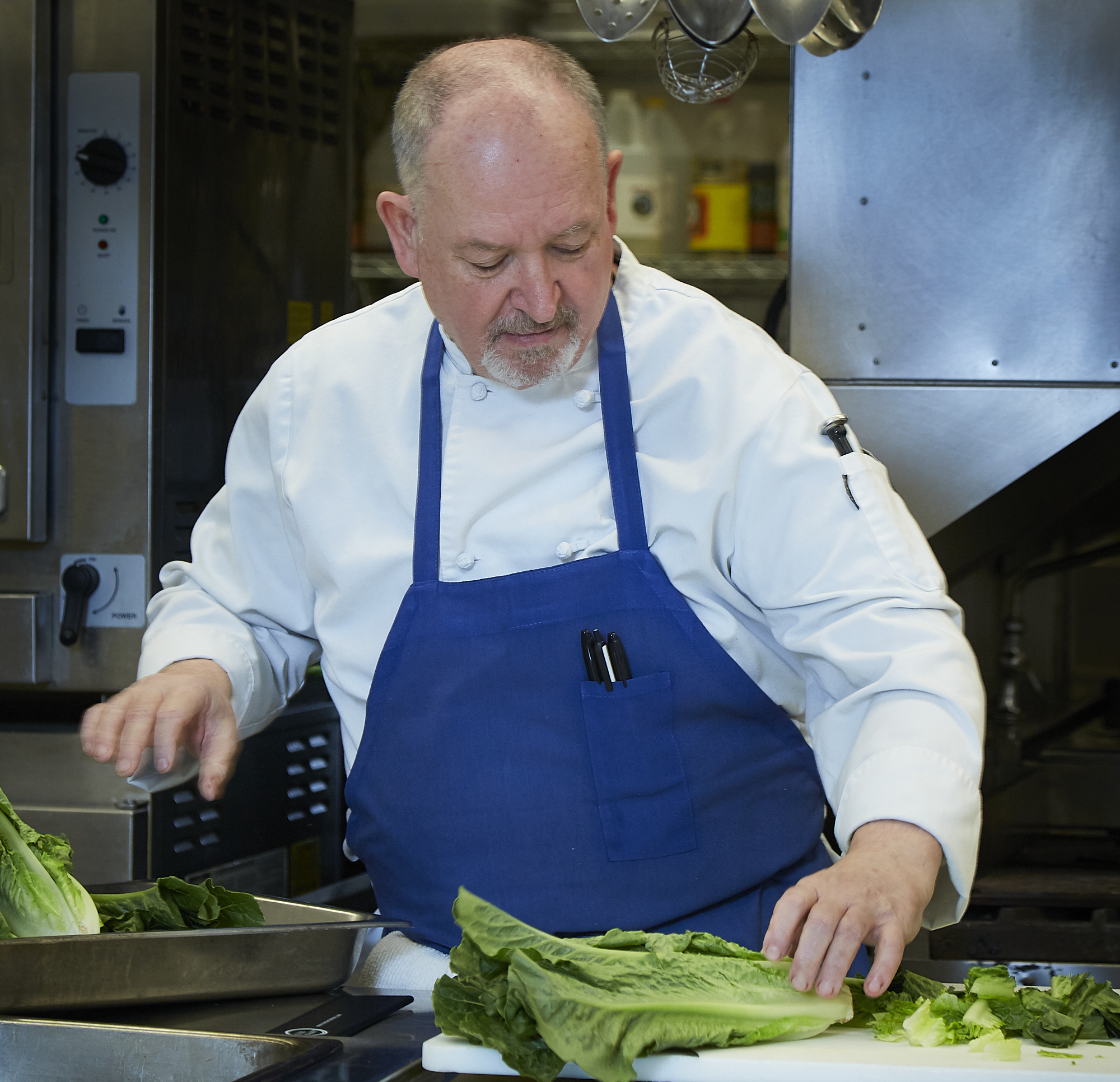 Bradley's colleagues call him “Cowboy” in the kitchen due to his ranching past in Idaho and his laid-back way of carrying himself.

“Growing up on a ranch, you grow and cook everything,” he said. “But I didn’t have any professional experience before coming to FareStart. FareStart taught me that you’re never too old or that it’s never too late to change and do what you really want to do.”

Marlon, another FareStart graduate, was also working on banquet preparation. He has been at the club for about nine months.

“I like working here. I like my boss,” he said. He looked up from his cutting. “He’s understanding. And he wants people to work hard, but he also understands that everyone is different, and he adjusts.”

He sliced down on a piece of celery. 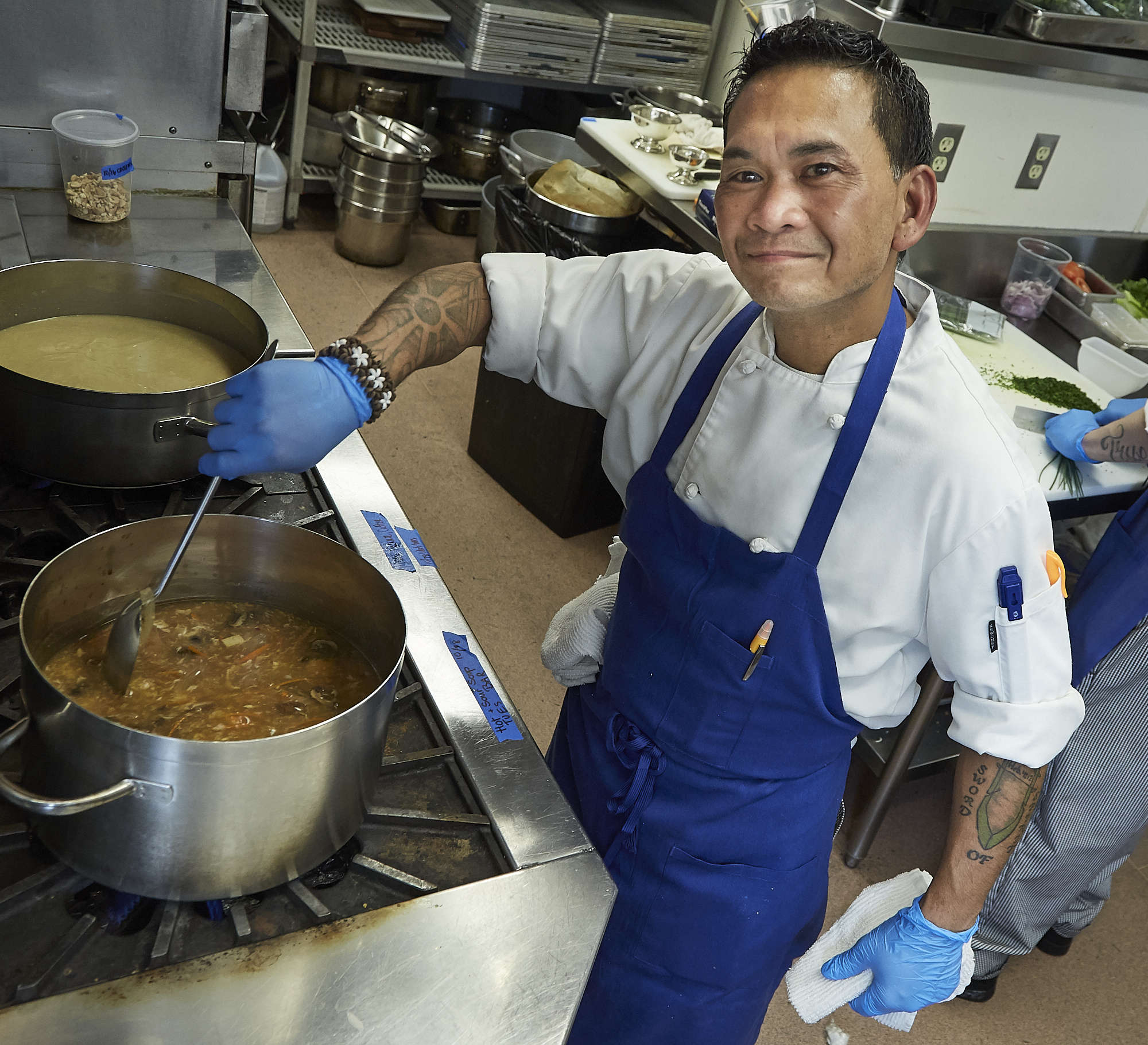 “Working here is just like what I learned at FareStart,” he said. “Camaraderie. People not judging you by your past. Getting a second chance. And I’m going to keep learning and keep growing.”

Working with employer partners like the Rainier Club is key to a lot of our students’ successes. Employers have high demands but are also understanding.

Our Adult Culinary graduates have a 91% employment rate because of the skills they learn in the program and the support from our employer partners. The partners keep our programs relevant by working with us to ensure we provide the necessary skills, conducting mock interviews and taking part in advisory groups. 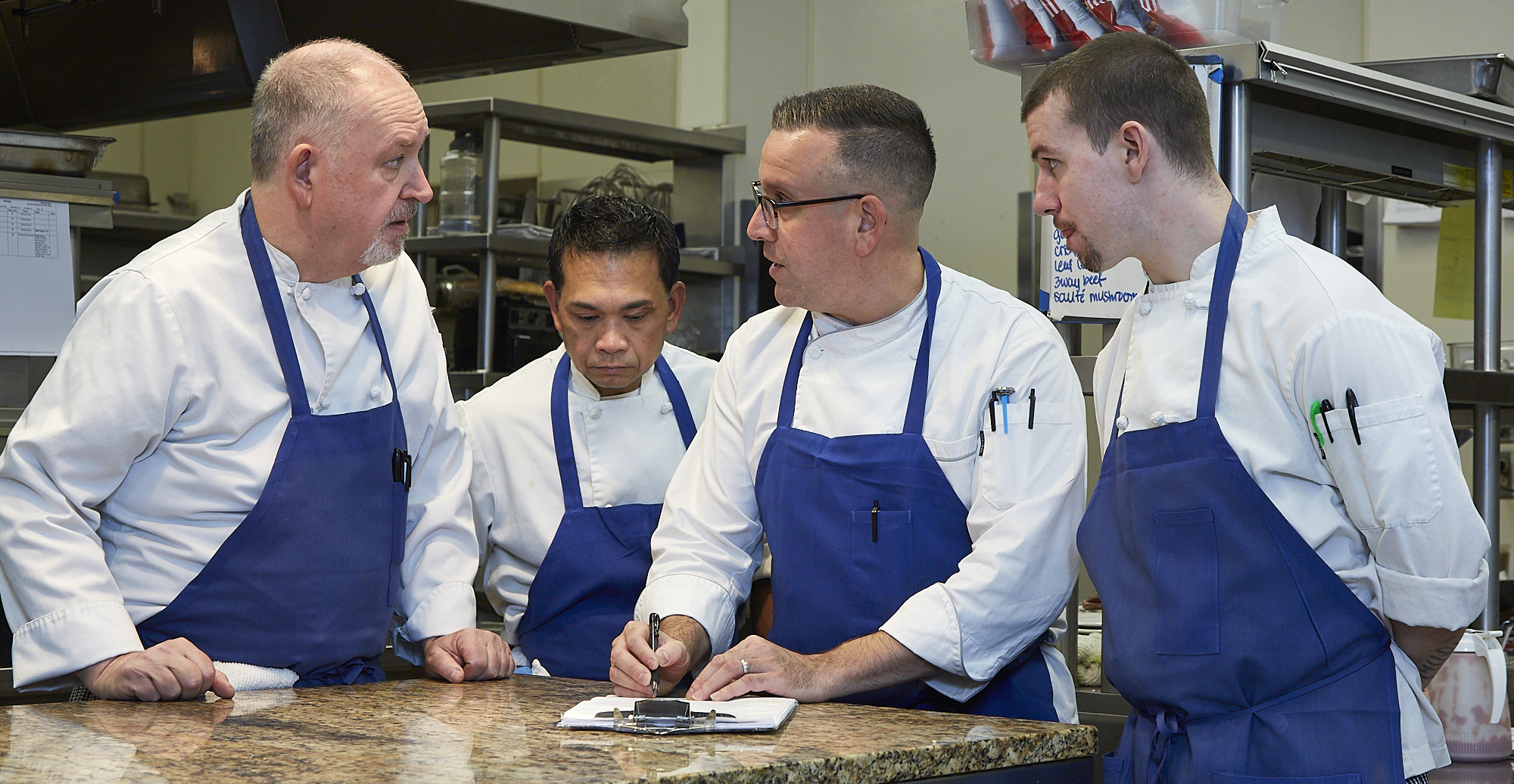 “When I got more involved with FareStart, I realized that this was an opportunity,” Chef Campbell said. “Seeing the change that I can help people make keeps me involved with FareStart. Just seeing that positive change and getting people from surviving to thriving is great from a business side of things because they are good workers and loyal, but more importantly, they are people."