This blog post was originally written by Tiffany G. of Catalyst Kitchens for their blog. FareStart launched Catalyst Kitchens in 2010 to share its unique model of transforming the lives of people living in poverty with nonprofit organizations across North America. 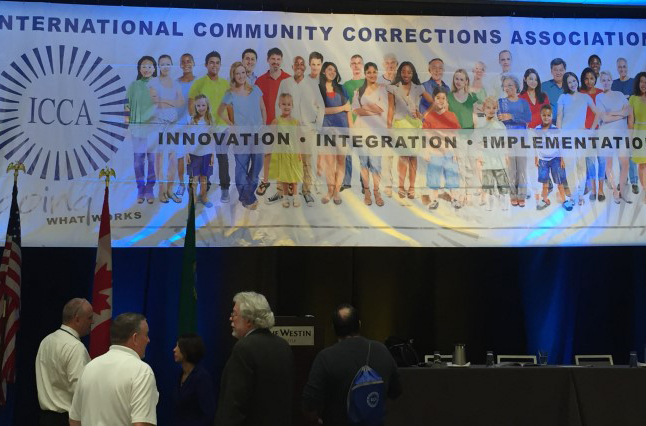 I used to spend a lot of time on the phone with prisoners. “Tell me about yourself. Why are you interested in this job training program? When was the last time you were employed?” Interviewing and enrolling men and women leaving prison was a significant aspect of my role as Intake and Outreach Coordinator for FareStart.

FareStart’s relationship with the Washington State Department of Corrections was in the early stages of development when I joined the Student Services team in the fall of 2014. I do not remember how many prospective trainees I interviewed over the phone or in person at the prisons, but I do remember the impression they all left on me. I encountered a demographic looking for a first or second chance at a career and eager to engage in a program they knew would help them. To know I was the gatekeeper of this opportunity was an immense pressure. Would this job training program help them on their career path? Could they complete this program? These were some of the questions I had to figure out in a brief, 30-minute phone call or in-person interview. As FareStart’s relationship with Washington State DOC developed further, we discovered those entering our program directly from prison, a process known as re-entry, had a higher retention rate than trainees enrolling from weekly orientations. Not only did they stick with the program, but they were the most determined demographic to find a job upon graduation. Even though FareStart is not technically a re-entry program, the program still benefits those in re-entry.

My interaction with this population fueled my desire to learn about the criminal justice system, attend conferences, and further my understanding of the re-entry process. As I transitioned to my role as a Program Development Manager with Catalyst Kitchens, I was pleased to learn that one of our primary target demographics across the network is re-entry. As a consultant, I am able to share knowledge not only around starting a foodservice job training program, but also best practices for working with one of the largest growing target populations for job training programs in North America.

While researching re-entry conferences, I discovered the International Community Corrections Association 25th year conference would take place in Seattle. The conference focus was “Doing What Matters: Integrating Public Health and Criminal Justice Reform” with topics on drug treatment, mental health, trauma, homelessness and employment. While all the topics were important for re-entry, my specific lens was on employment.

The keynote speaker, Dr. Nancy G. La Vigne from the Urban Institute, opened up day 3 of the conference with a talk focusing on “Why a Job is Not Enough: Addressing Employment Needs of People with Criminal Records Holistically.” She explained that her work as a researcher had caused her to take a different approach to this topic. Her research centered on this question: “do re-entry programs work to reduce recidivism?” According to Dr. La Vigne, the answer is “It depends.” This was not the answer I had been looking for, but I became intrigued.

Dr. La Vigne proceeded to state the numbers: six million people are under correctional control at any given time in the US, with 11 million cycling in and out jail every year. While most will ultimately re-enter society, two-third of those who have been incarcerated will return to jail or prison every year. Why does this happen? Reasons include missed appointments with corrections officers, new crimes committed, citizens returning to communities with no re-entry support, to name a few. Through her research, Dr. La Vigne endeavors to understand not simply why people recidivate, but the efficacy of re-entry programs.

We know that a common approach to re-entry focuses on timing; starting a program while the person is still in prison or soon after their release. Dr. La Vinge’s findings show that timing alone is not enough. Her research has shown the reduction in recidivism through these programs can be quite low. The programs that proved to reduce recidivism by a significant rate were holistic programs that provide not only on job training, but also life skills training and wrap-around services.

More specifically, Dr. La Vigne defines “holistic” as involving three important aspects: attention to risks the person in re-entry is facing, integrating the person back into their community, and the provision gender specific programming (acknowledging that men and women respond to programs differently). With the understanding that holistic programs play a substantial role in reducing recidivism, I went into the rest of the conference curious to learn more about the specific wrap-around services and other holistic program components shown to reduce recidivism.

Housing, of course, is an integral part of the holistic approach. There are many factors that contribute to homelessness, yet if someone has a prison record they are four to six times more likely to end up homeless. The afternoon speaker, Dr. Faith Lutze, spoke on the topic of “Reducing Recidivism and Homelessness.” Dr. Lutze studied homelessness specifically in Washington, but has also based her findings off of other studies. Her research found that providing stable housing for those in re-entry significantly reduces recidivism. In Minnesota, Dr. Lutze reported on findings that the highest rate of re-arrest was found in those who are released to emergency shelters, but the lowest re-arrest was for those who are released to work release or treatment centers that provide stable housing. While shelters do provide a place to sleep for a person in re-entry, the instability of shelters can create an instable person.

Next to childcare, providing housing can be one of the greatest challenges for programs regardless of whether the focus is re-entry or job training. Dr. Lutze detailed the importance of having a home by sharing that stable residency provides the following supports:

Taking this into consideration, it is no wonder why many cities throughout America are starting to promote a “housing first” model when addressing homelessness. Knowing those who have a criminal record have a greater chance of recidivating due to lack of housing, providing stable housing for those in re-entry becomes vital for any re-entry or job training program.

As a Program Development Manager with Catalyst Kitchens, my role is to help organizations design and launch foodservice social enterprise job training programs. My colleagues and I always conveyed the importance of integrated wrap-around support services to help trainees during their time in the program. It should come as no surprise then, that housing, childcare, job readiness, life skills classes, and case management are the very same services recommended for holistic programming serving returning citizens. All foodservice job training programs may not be re-entry programs, but they have the possibility of serving those in re-entry. By taking a more holistic approach, programs become stronger for the populations they currently serve and better positioned to serve those returning from prison.