Bridging the Gap Between Hunger and Food Security 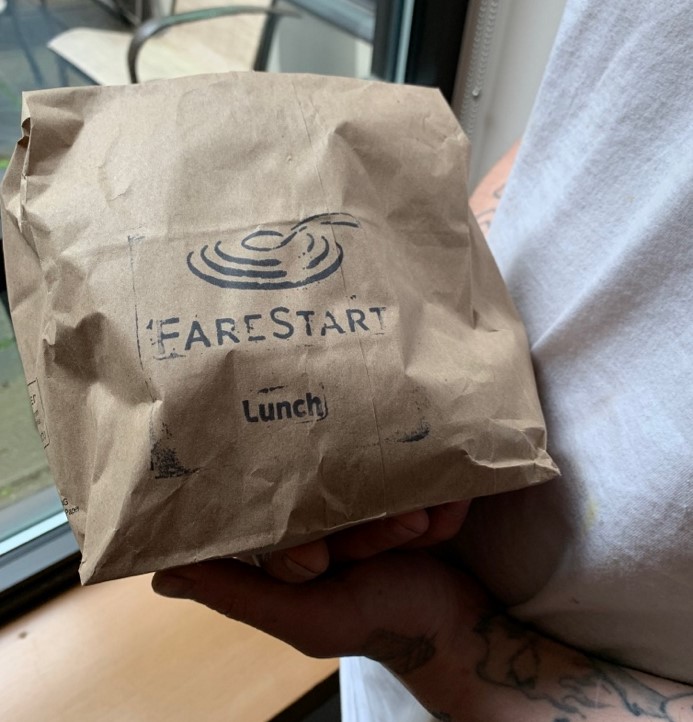 Three days a week, vans full of healthy sack lunches pull up to Pat Williams Apartments and other Plymouth Housing locations across Seattle, home to 1,200 people making the transition from homelessness to safe, stable, supportive housing.

Deliveries of these FareStart meals to Plymouth started soon after the pandemic hit in March 2020. At first, we called them “emergency meals.” We had no idea they would remain a staple that many residents still rely on, more than two years later.

“I live off a meager amount of money, so come near the end of the month … I don’t have any food,” says Michael, one of more than 80 people who live at Pat Williams. “They’re something I actually survive on.”

At Pat Williams, each resident has their own kitchen and prepares their own meals. For many, it’s a struggle to keep their fridges and cupboards stocked with a variety of nutritious foods. It’s often easier to find and afford highly processed sugary foods.

“I’m grateful for FareStart’s meals,” says David Rodriguez, a housing case manager at Pat Williams. “I have a couple residents who don’t do so well on their own.” 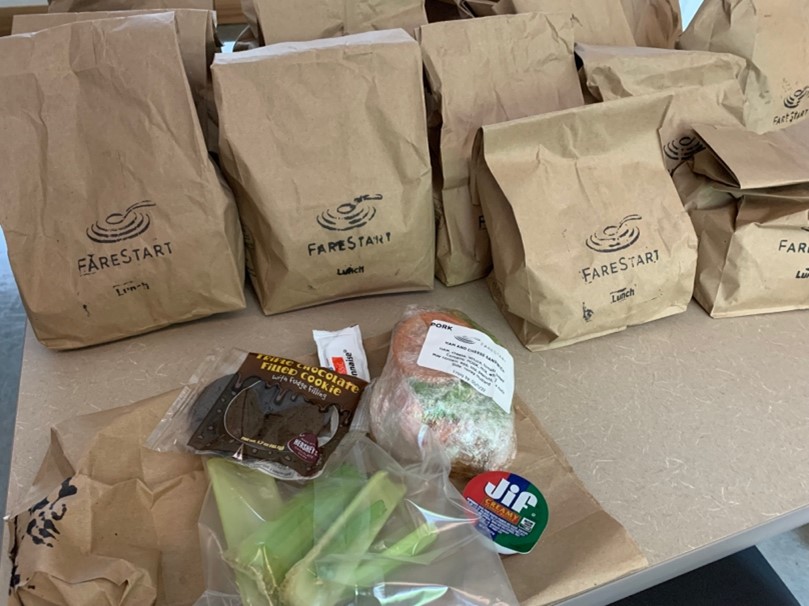 “This something they get to look forward to,” David adds. “It means a lot, because folks who live here come from a place where consistency wasn’t in their realm most of the time.”

Sometimes, residents will grab an extra meal and give it to someone who is unsheltered on the street.

“Knowing that you’re helping someone else out,” Jaclyn Lardie, a housing manager at Pat Williams says, “that feels good for anybody.”

This is the second year FareStart has received $2 million from the Washington State Legislature, a major source of funding for our meals program, serving some locations with communal cafeterias and others like Pat Williams, where residents have their own kitchens. We’re especially appreciative to Representatives Frank Chopp and Pat Sullivan and Senator David Frockt for championing our work in the State budget process. To date, we’ve provided more than 4.5 million meals to Plymouth Housing, Downtown Emergency Service Center (DESC) and other locations across the area.

Kaiser Permanente Washington’s Center for Community Health and Evaluation is evaluating our meals program with Plymouth and DESC to gain a more data-driven sense of the impact it’s having on the health and well-being of residents in supportive housing.

“It’s hard to imagine a world where we didn’t have this,” says In the meantime, Cathy Martin, Plymouth’s community engagement manager. “It’s made such a huge and positive impact on our residents.”